To Go Back To The Directory To See 50 Product Categories 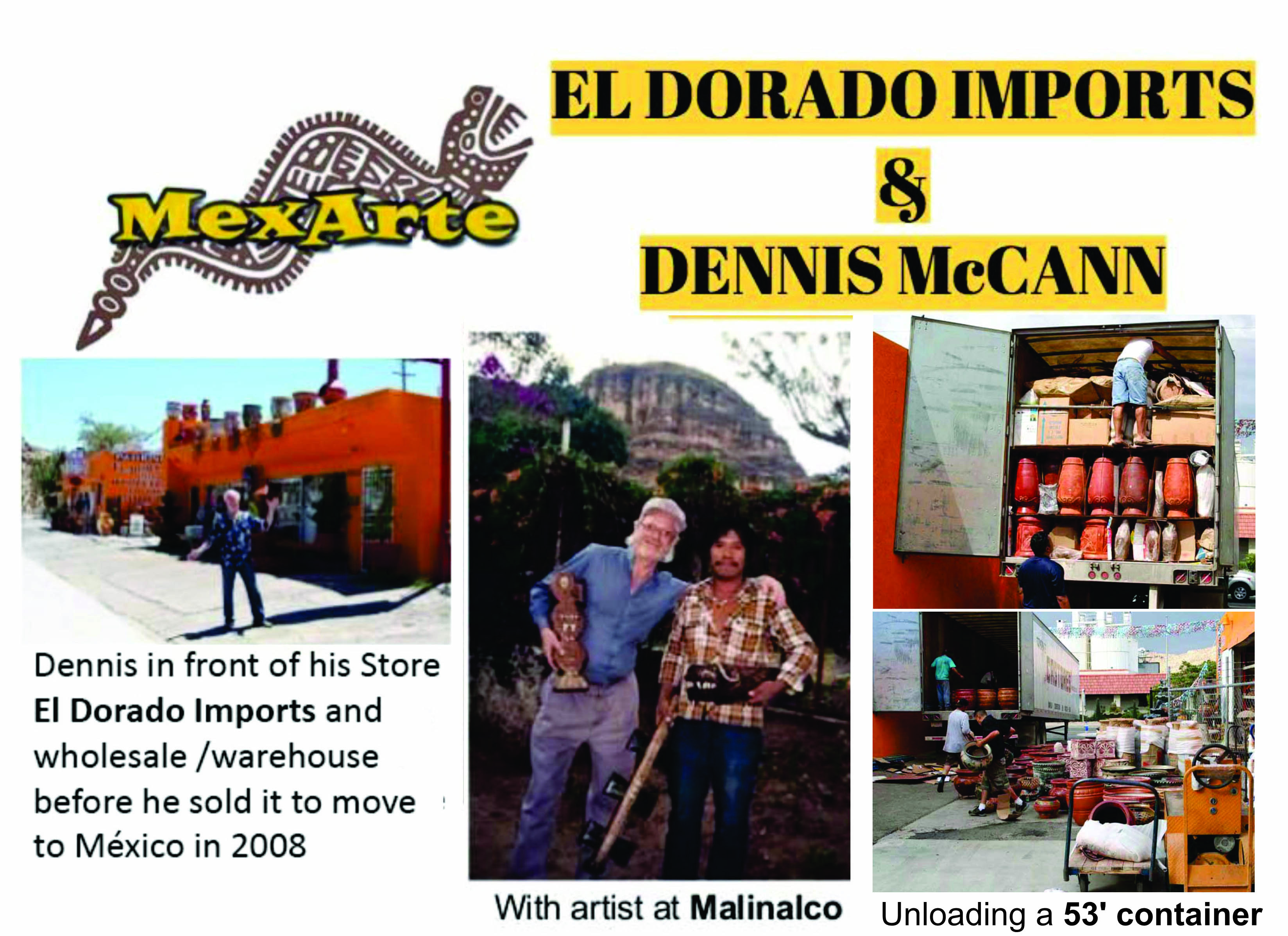 It all started during his first trip to Mexico City over 30 years ago. Dennis visited the National Museum of Anthropology in Chapultepec Park which proved to be a revelation of a whole new world to him. The pre-Columbian artwork, Aztec, Maya, Olmec style and culture caught his imagination. He soon began reading and intensely studying the history and art of Pre- Columbian México and the Spanish Conquest. He also began visiting many of the Mesoamerican archaeological sites including the magnificent Teotihuacan (the mysterious city of the pyramids), Cholula, Malinalco, the Maya sites and many more. Having the idea of obtaining replicas of the art he saw at the museums, Dennis began enquiring in the small villages around these sites and after a few days and many dead ends, he came upon Humberto, an artist of the highest quality. Buying a few pieces from him, Dennis began an important relationship that exists to this day as he began representing him as well as many other artists to present these amazing replicas to aficionados around the world. Dennis, with his business and marketing background also soon expanded his new venture to other types of traditional Mexican arts and crafts and products. Travelling far and wide in México he discovered other top quality artists, families and indigenous groups in Chiapas, Oaxaca, Mexico City, Taxco, Guanajuato, Tonala, Tlaquepaque and many other towns and villages. In 1998, at the dawn of the internet, Dennis started his website www.mexarte.com. Shortly after that Dennis opened El Dorado Imports, a retail store/wholesale warehouse in Southern California Importing 53’ truck container loads of pottery, home décor and traditional Mexican arts and crafts. After many successful years he sold this operation and moved to México in 2008 to concentrate on the wholesale business at the source. Now El Dorado Imports has an office and warehouse in San Antonio Tlayacapan, a small pueblo in the state of Jalisco near Guadalajara where nearby towns are known for generations of families creating wonderful traditional Mexican art, pottery, ceramics, paintings, clothing, bags, metal art, pre- Columbian replicas and much more. Shortly after moving to México Dennis met a young Maya man and his wife at a tianguis (street fair) who heads a Co-Op of families in his indigenous village in Chiapas producing the highest quality Maya embroidered blouses, dresses, bags, table runners and other traditional fabric products from that region. Likewise Dennis has many longstanding relationships with other families from all over the country creating various traditional arts and crafts such as Repujado metal wall art, Talavera ceramic art, Barro Negro (black pottery), Ceramic Lupita Dolls, Chimeneas, Indoor and Outdoor pottery, traditional Mexican oil paintings and much more. El Dorado Imports is a California, US registered company and has grown exponentially since the move of Headquarters to México. With the expansion of the business, El Dorado Imports has developed the very best shipping options for their customers, now offering the lowest discounted prices for UPS Worldwide Package and pallet shipments, partial truck loads, 53’ truck containers and 20’ and 40’ sea containers worldwide working with the leading ocean container shipping company, Hapag-Lloyd. El Dorado Imports customers only pay the actual negotiated shipping rate or they can use their own shippers.
CLICK HERE to read more about our shipping capabilities. You can check out over 60 categories of Mexican products here: www.mexarte.com. Call toll free (from U.S. and Canada) 888-442-4095. You can also call the Mexican office phone from anywhere +52 376-766-5322. Email: eldoradoimports@gmail.com. GRACIAS.